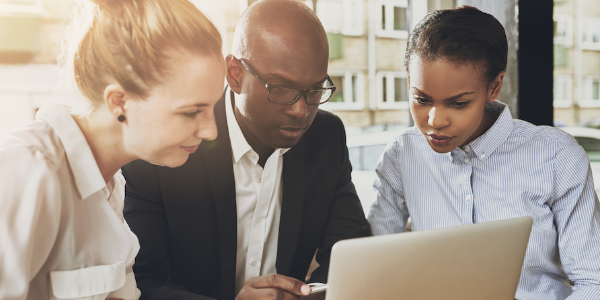 The voices demanding attention to racial inequality in the U.S., and indeed across the world, once again captured widespread attention in the summer of 2020. It was not a new movement, rather a longstanding overdue cry for change.

Previous historical moments have created skepticism toward a shift of focus occurring in the near future. In part, this is because “Black Americans” are not the only racial group to suffer disadvantages. However, race discussions often default to this group or on Black-White relations in general. Yet, racial stratification is only one kind of group inequality that must be rectified if the U.S. is to continue becoming a perfect union.

The problem with this shift in focus is that, along with Indigenous people, a disproportionate number of Black people have persisted at the bottom of America’s racial stratification order for many centuries. Few race scholars see this changing without a sustained focus on addressing root causes. These root causes drive the racial explosions that regularly capture society-wide attention and sometimes threaten to tear the country apart completely. Unfortunately, the root causes of racial stratification in the U.S. are beyond the scope of this article. For now, let’s take a look at how we can maintain a “sustained focus” on race.

Black people, unqualified, only exist at the macro level. At the micro-level, there are complex individuals, and good Diversity, Equity, and Inclusion work must never forget this. Black individuals may (or may not) relate to one of the many kinds of Black identity. Black people are not monolithic, neither is any other group of people who may identify similarly in some aspects of who they are.

A small selection of these complex identities might include: integrationist, separatist, Afrocentric, Blackamerican, Ghanaian, Fulani, Somali, Igbo, British, German, ghetto, bourgeois, or even ghettoisie, Black Jamaican/Indian, and many other mixed backgrounds, too. Black individuals may have experienced micro-level racial aggressions. They may be aware of macro-level contributors to racial patterns that elicit universal condemnation. And beyond these racial concerns, each Black individual is more than just their race. Black people are also women, men, trans individuals, and people who reject gender altogether. They are gay, straight, lesbian, bi-sexual, pan-sexual, and every other sexual orientation that exists. They are Christians, Muslims, Humanists, Orisha devotees, Jews, and followers of many other kinds of religious, spiritual, or moral codes. The subgroups among Black people are endless.

This is extremely critical to Diversity, Equity, and Inclusion work, and this is useful because it means that Blackness intersects with gender, religion, citizenship status, age, sexual orientation, and every other kind of demographic category that we address. These intersections are key to sustaining the focus that must always remain on race – even as we simultaneously address other kinds of inequality.

The term intersectionality was originally coined in a 1989 legal scholarly work by Kimberle Crenshaw. In her original paper, Crenshaw wrote of her concern that the existing policies on gender discrimination and those on racial discrimination were inadequate for addressing the challenges that both kinds of discrimination (gender and racial) place in front of people at the same time. Black women exemplified people at the intersections then, and they still do now.

As a result of intersectional analyses, we note that initiatives to bring women into the C-suites of major business organizations across the U.S. have only been successful in the CHRO role (a role with low potential for later becoming CEO or joining a Board of Directors). And in the CHRO role, these initiatives have failed to bring along non-white people. A solution, then, might be an intentional focus on women who are Black. The C-suite example relates to talent, though very little change is needed when choosing clients and partners.

It bears saying that intentionality about recruiting a specific group or two does not mean discriminating against other groups. Rather, it means fully acknowledging what it takes to hire the best person for the job and correcting processes accordingly. The best person is not hired unless every step of the search and hiring process is intentionally designed to maximize both diversity and quality. Many definitions of quality can undermine diversity. For example, many schools touted as “high-quality” fail to challenge their students with the range of thought stemming from faculty and peers’ diversity. This may also require rethinking how resumes are reviewed – especially when it comes to historically excluded racial and ethnic groups like Black, Latinx, and indigenous people.

In the case of clients and partners, the best organization or contractor is not hired unless every step of the procurement process was intentionally designed to maximize both diversity and quality. Intentionality is the opposite of informality (e.g., over-reliance on personal networks to find people and organizations) and almost never happens when speed is overly prioritized.

While much of the above can make intersectionality sound like another way to divide people further, the concept also facilitates connections. Again, every Black person also has a gender, religion, sexual identity, age, national origin, family immigration story, etc. Groups of people are never monolithic; they each internal differences of identity. Therefore, every non-Black person in an organization has a way to connect to Black people. Connections are a key building block of inclusive cultures and letting people know that they belong.

The fine line is not to underestimate the role that race has always played in U.S. society. Before the 1960s, that role was quite explicit. Since that time, it has been more difficult to see because it mostly happens in coded language, through already-segregated geographies, and with the aid of stark economic and organizational inequalities. So, when a product or service is promoted to connect to family immigration stories, it can easily exclude Black Americans whose ancestors did not immigrate here voluntarily. This will result in employees quitting. Clients and partners may also flee. These things are almost guaranteed once they learn that a new employer or partner lacks a culture of racial belonging.

It is here that intersectionality work is most key. To truly meet someone at the intersections is to know that, staying with my Black woman example, there are many ways to be Black, many ways to be a woman, and many more dimensions to each Black woman than their race or gender. While no company can be expected to teach all of its people “everything you need to know about Black women,” every company can foster healthy curiosity over dismissive arrogance. Every company can foster basic learning by sharing a variety of Black women’s stories. This can be done through the endless array of media through which Black women tell their stories. Examples include novels, non-fiction books, documentaries, feature films, journalistic accounts, music, painting, sculpture, and more. Stories can convey not only identities and when they might matter but also topics that often matter. Topics like fashion and hair can be closely connected to behaviors like sharing ideas and being productive.

Any given employee at your company is connected to at least one race, gender, sexual preference, national origins, religion, ability, military history, or other group. Most employees are connected to a few of these groups. And most business organizations with a DEI initiative focus on a few of them, too. Yet, there are many mismatches. DEI initiatives rarely address intersectionality, but to impact transformational change, they must. Intersectionality can help find common but unique threads of connection between perceived identities within large groups and help embrace what people have in common.