Out in Tech Atlanta Amplifying LGBTQ+ in Tech

October 7, in collaboration with Reddit, Out in Tech will virtually land in Atlanta, where the start-up culture is strong and companies are setting their sights on a big tech boom. Who’s here for the culture, though? 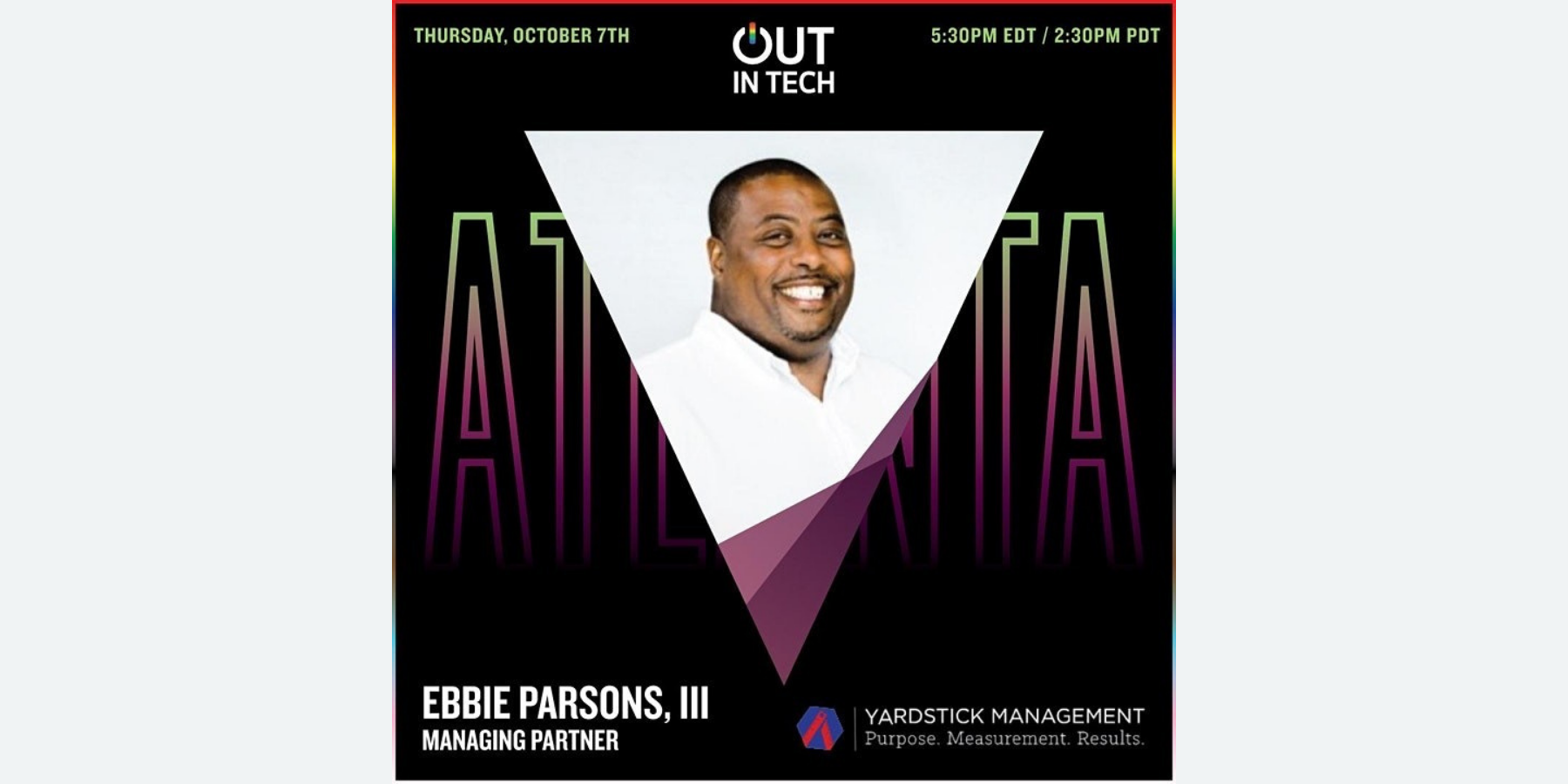 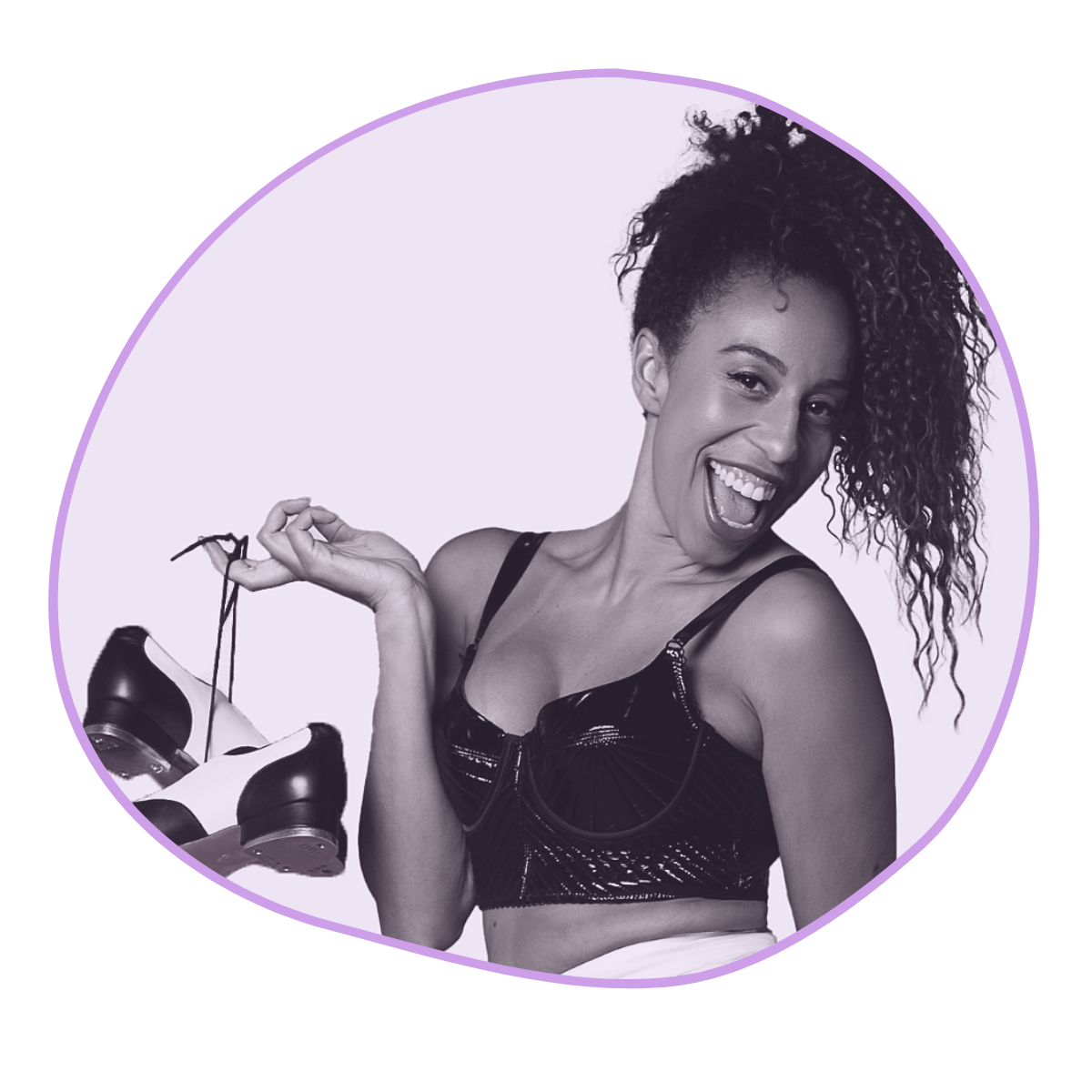 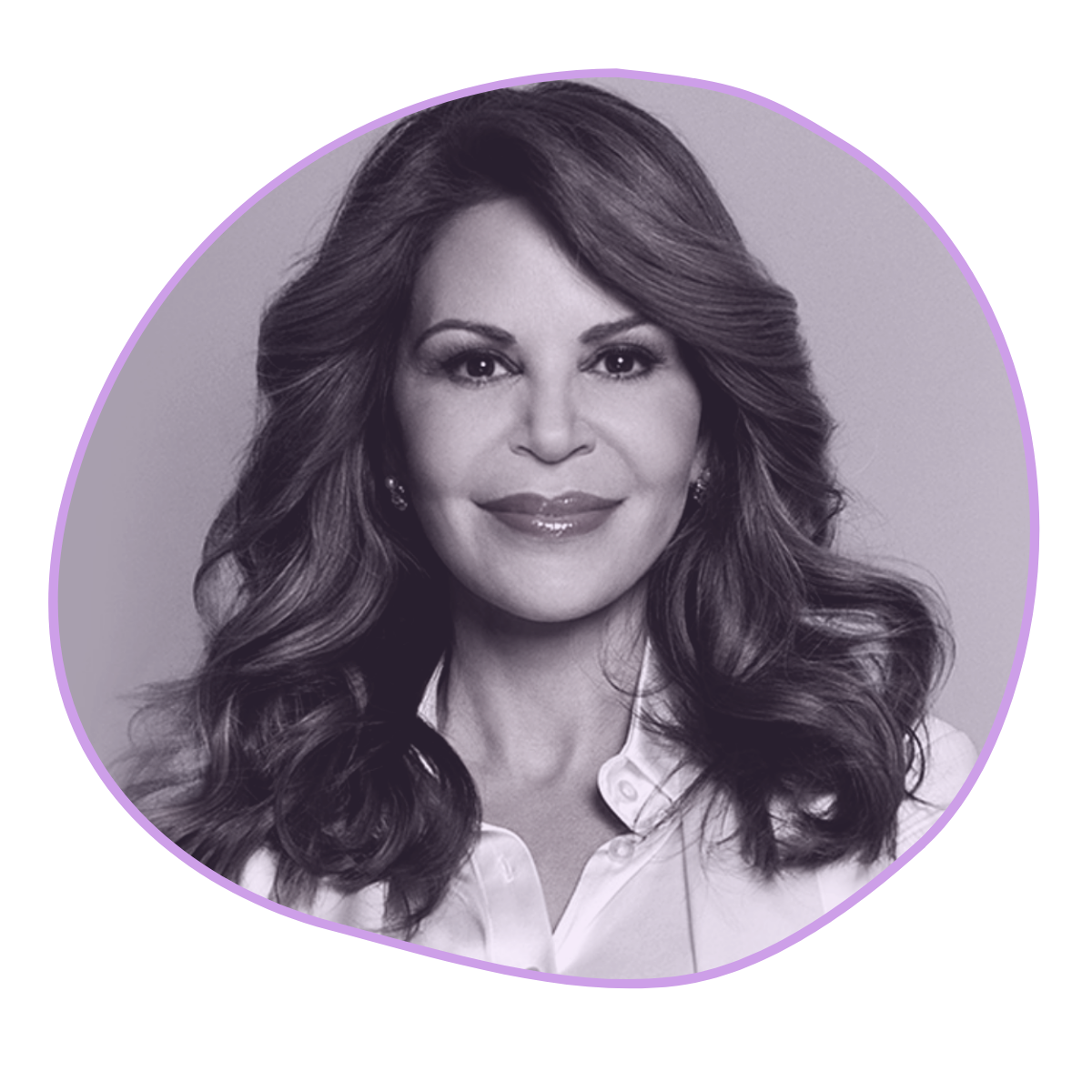 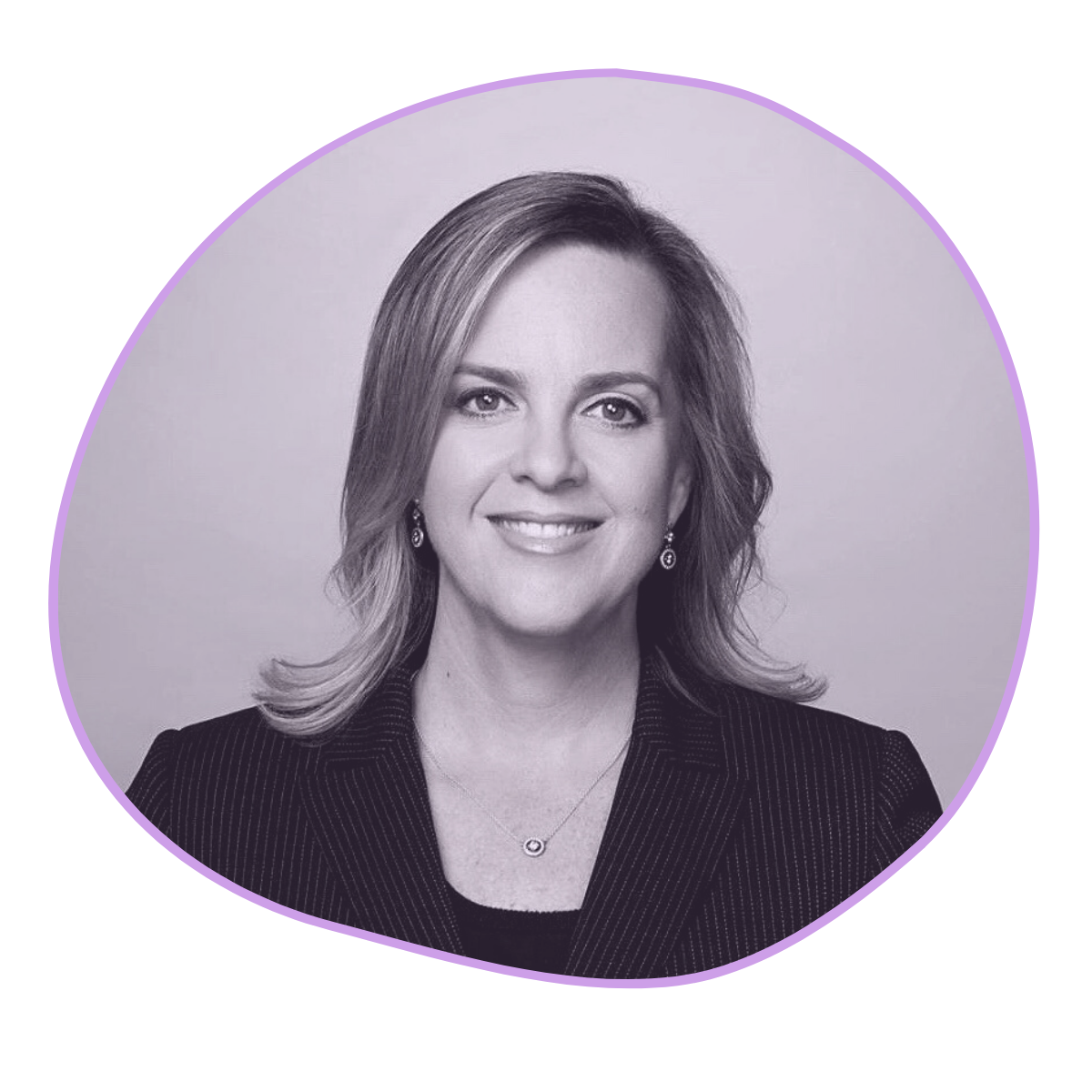 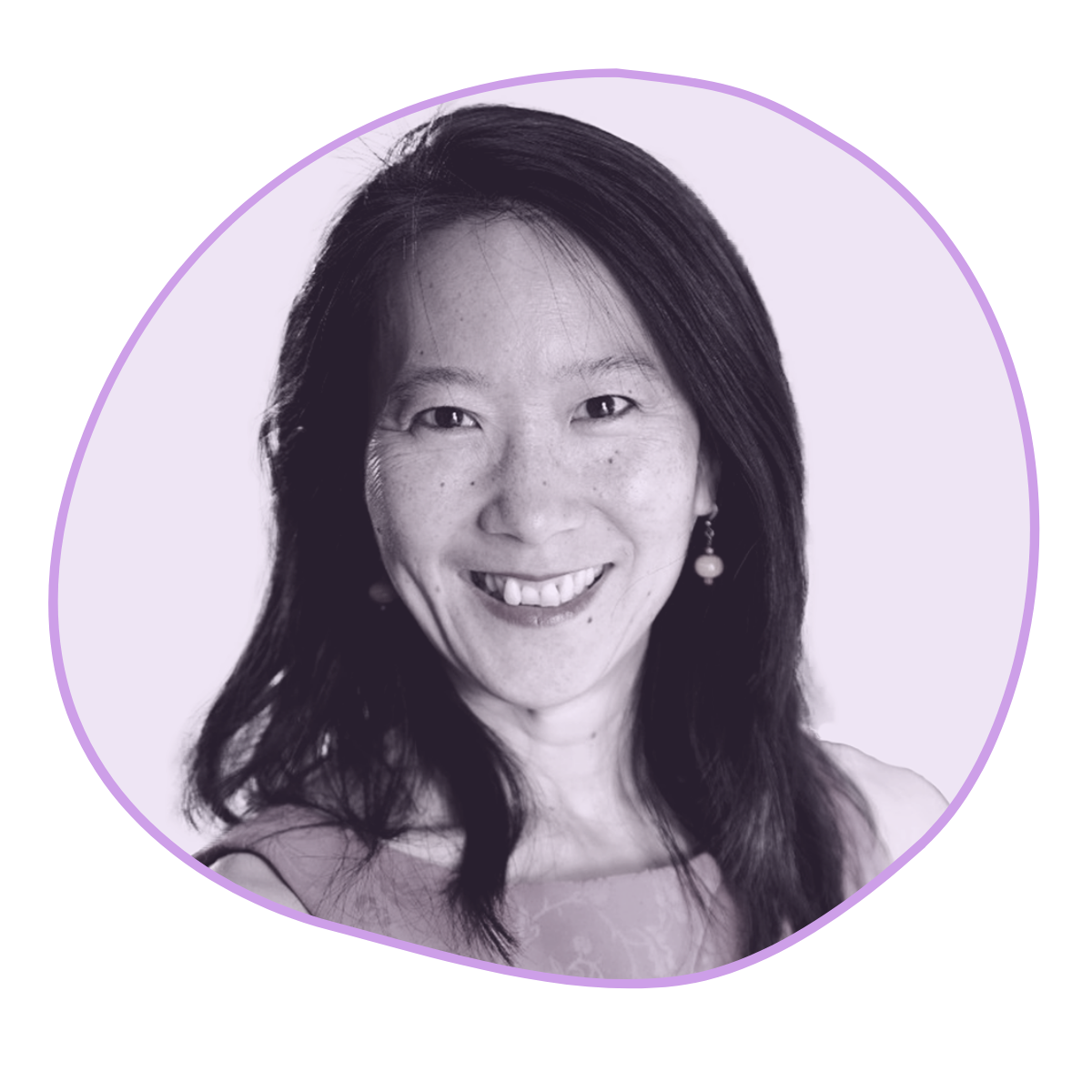 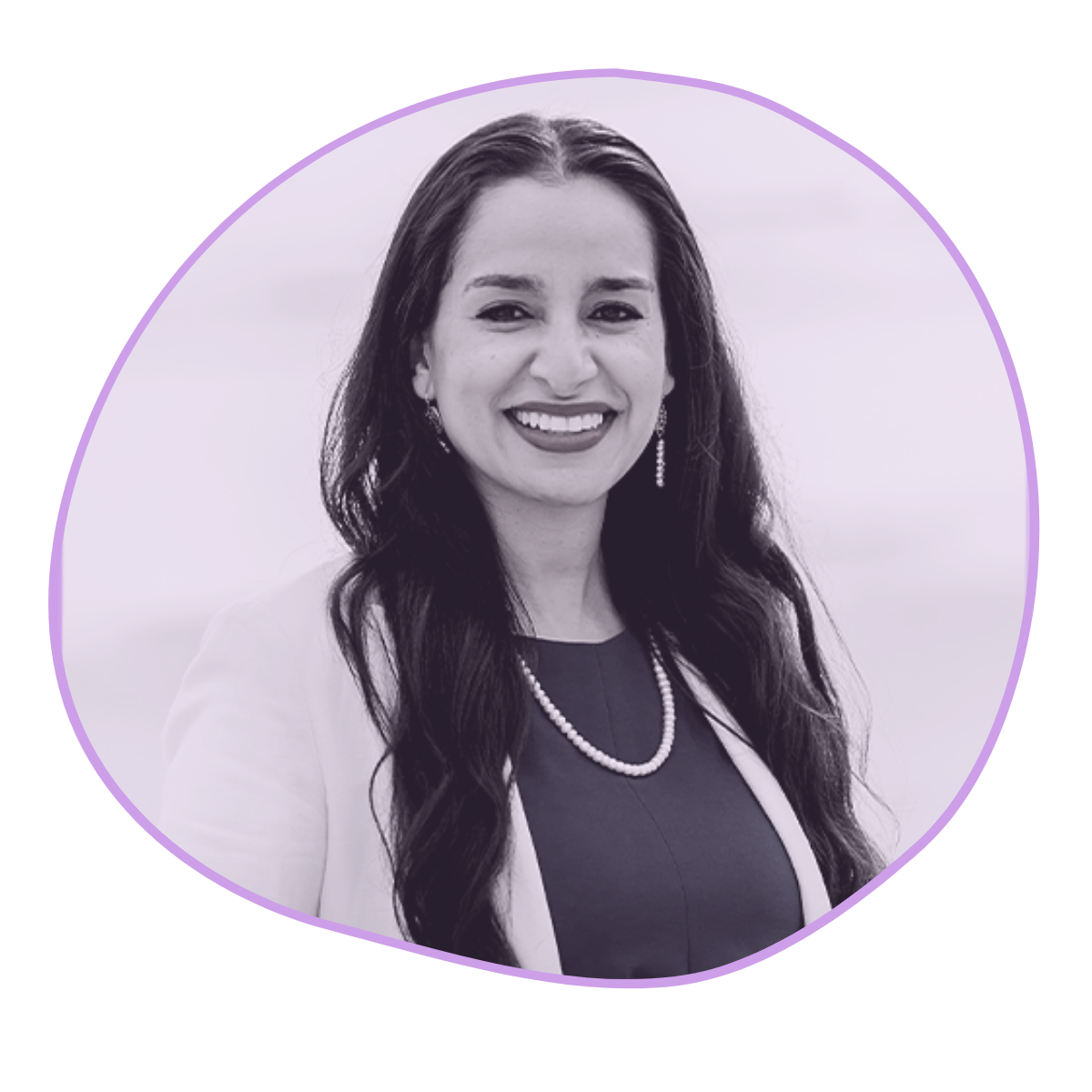 Known as one of “Tap’s Leading Ladies” and a cover girl for Dance Spirit magazine’s tap issue, Maud Arnold is a member of the female tap band, the Syncopated Ladies, widely known for viral videos that have accumulated over 70 million views, with the most successful being their tribute to Prince and their cover of Beyoncé’s Formation. Beyoncé shared this video on all of her social media platforms and then hired the Syncopated Ladies to perform at her Ivy Park activewear clothing line launch at TopShop, London. Maud also performed live with the Syncopated Ladies on ABC’s Good Morning America, The Ellen Show with Pharrell Williams and N.E.R.D., and sold-out concerts in Los Angeles, Dubai, New York City, and Washington, DC, receiving rave reviews in The New York Times and more.

Maud’s television credits include: A Black Lady Sketch Show, the BET Experience with 106 and Park, The Late Late Show With James Corden, HBO’s Boardwalk Empire, Switched at Birth, Secret Talents of the Stars as a featured dancer with Mya, The Today Show, and the Syncopated Ladies as a winning member on Season 11 of FOX’s So You Think You Can Dance: Dance Crew Battle. Maud can be seen in national commercials and print ads for Toyota, GAP, and CANTU. She has additionally worked with Beyoncé on several commercials and music videos. Maud’s choreography has been featured on Good Morning America, and she made her directorial debut with Dola’s Space Daughter series.

Maud is the co-director and producer of the critically acclaimed DC Tap Festival, pioneering new experiences for dancers and artists worldwide. Along with her sister Chloé Arnold, Maud was recognized by the US House of Representatives as Arts Preservers and Ambassadors.

Maud is a thriving female entrepreneur that holds a degree from Columbia University. In addition to teaching, she oversees Chloe and Maud Productions and their many entities, including their tap dance workshops and after-school programs as well as their clothing lines, I LOVE TAP and UniLove.

Maud exudes her passion for tap dancing with her high energy, fun, and action-packed dancing.

Nely Galán is a self-made media entrepreneur. She was the first Latina President of Entertainment for a U.S. television network-Telemundo, and an Emmy Award-winning producer of over 700 television shows in English and Spanish, including the hit reality series, “The SWAN” for 20th Century Fox, which she produced through her multi-media company Galán Entertainment. Her company also launched over 10  television channels abroad for companies like HBO, ESPN, FOX, MGM, and Sony.

Galán took a mid-career sabbatical, completing a Masters and Doctorate in clinical psychology,

where she focused on the  “Psychology of Money”, in multicultural communities. She then authored The New York Times bestselling book SELF MADE, Becoming Empowered, Self-Reliant, and Rich in Every Way (2016) Random House, which was published in English, Spanish, and Mandarin about the revolution in women’s entrepreneurship led by multicultural women in the U.S. and emerging women around the world.

Since then, Galán has founded The Adelante Movement, a non-profit aimed towards empowering and training Latina and other multicultural women both economically as well as entrepreneurially. Her digital platform, BecomingSelfMade.com reaches over 1 million women monthly and hosts content in financial literacy and Self-Made stories of women of color as well as virtual content and webinars. The platform offers over 300 hours of content to small business owners of color for free.

During the Covid-19 pandemic, Galán has been producing webinars and educating small business owners of color. In doing so, she has trained many on how to properly fill out forms for federal and state loans and grants, helped compile their financial paperwork, and connected them with banks and Fin-tech partners. She has trained over 1 million small business owners of color in entrepreneurship in person and online, working with SBA, local chambers of commerce, nonprofits, and social justice groups, creating original content and hosting webinars teaching women and families how to save their businesses and get the PPP and EIDL loans.

Galán is a sought-after speaker – during the last 5 years, she has spoken in over 500 cities advocating for small business owners of color. She has become an expert in virtual content as a way to scale teaching financial literacy and empowerment in diverse communities. In China, her book tour resulted in the selling of 2.1 million books. She has also spoken at The United Nations, The United States of Women, major corporations (Coca-Cola, American Express, J.P Morgan Chase, Morgan Stanley, Walmart, Dell), and tech companies (Google, Facebook, eBay, Uber). Furthermore, Galán’s speeches have inspired thousands of students across the United States as she has spoken at many universities including Harvard, USC, UCLA, University of Arizona, University of Miami, University of Arkansas, Babson College, Bryant University, Simmons College for Women, and Santa Monica City College.

Galan is an Emeritus board member of the Smithsonian Institute. She currently serves on the board of directors of The Hispanic Scholarship Fund (since 2008). She is also on the advisory board of The Aspen Institute, and on the corporate side has been an advisory board member of Coca-Cola’s Hispanic Council (since 2008). Her next book, to be published in 2021, Don’t Buy Shoes Buy Buildings!, will inform those who currently work for others how to invest in order to “make money while we sleep” and become Self Made.

Veronica Molina is Senior Vice President of News Standards and Practices at CNN Worldwide, the department that works to uphold CNN’s brand, journalism standards, and editorial independence. She partners with CNN’s TV, digital, and social media platforms to ensure that CNN’s reporting is fair, accurate, and responsible. Molina and her team review breaking news, long-form, and investigative content that is sensitive, controversial or that alleges wrongdoing. She advises senior executive leaders on journalism integrity across all platforms and works closely with PR, marketing, and ad sales to review unique business deals.

Molina plays a crucial role in ensuring that CNN platforms are inclusive and often challenge conventional viewpoints. She also conducts seminars on ethics in journalism for CNN employees.

Molina has more than 20 years of experience in journalism and management. She joined CNN after working in several editorial roles at Telemundo News. She was head of investigations, sponsored series, and special events. Molina was senior producer of the national nightly newscast “Noticiero Telemundo” and created the overall strategy for Telemundo News’ online enterprises. Before that, she produced long-form investigative, political, and breaking news stories for the newsmagazine program “Sin Fronteras.”

Molina started her career at Univision, where she worked in various editorial roles for “Primer Impacto,” “Noticiero Univision” and “Aqui y Ahora.” She traveled around the world covering major breaking news events and producing investigative reports.

Molina garnered the NAHJ award for best investigative report for a series highlighting the dangers of hospital-acquired infections. She was honored with the Dalton Pen Award for Excellence in Journalism, the CNN Diversity Ovation Award, and the Next Generation Leader Award by NAMIC. She recently served as the distinguished visiting professor at the Center for Ethics and Journalism of the University of Arkansas, where she conducted lectures on inclusiveness and ethics in journalism.

Molina holds a Master of Business Administration degree and a Bachelor of Broadcast Journalism degree from Florida International University. She is a graduate of the Executive Leadership Program at the University of Virginia. Molina is a member of the Dress for Success Atlanta board, executive sponsor of the Women of WarnerMedia ATL chapter, and a mentor of media professionals through FIU, CNN, WICT, and NAMIC.

Natalie Keng “opens minds, one mouth at a time”  as a published food and culture expert, and additionally a speaker, entrepreneur, and professional Diversity/Inclusion facilitator/moderator. She is the Founder/CEO of Chinese Southern Belle, an award-winning woman-minority-owned small business that “cooks up a better world” through a natural cooking sauce line and interactive events/tours that promote positive human relations, healthy communities and lifestyles, and diversity/inclusion. A Georgia native and graduate of Vassar College (B.A.) and Harvard University (M.P.P.), Natalie has been a pioneer in connecting food, ethnicity, sustainability, gender, and economics across sectors. Furthermore, she has served as a publicly-elected official.

She is a recipient of numerous awards including the Women’s Small Business Council Trailblazer Award and the Flavor of Georgia-Best Cooking Sauces. She also serves on boards for women’s leadership, equity, and inclusion, and local food-health initiatives while additionally belonging to the Governor’s COVID19 Task Force, Board of ACLU of Georgia, Les Dames d’Escoffier, and the National Diversity Inclusion Task Force. She was featured on CNN’s Start Small, Think Big as an influencer, speaker, and presenter (ChineseSouthernBelle.com).

Before joining Yardstick, Slma managed her own communication consulting firm. She trained executives, management leaders, and employees in corporate, education, healthcare, and non-profit sectors and supported organizational strategy development and execution across all communications verticals. She has revolutionized the way businesses and brands approach messaging through her innovative storytelling narrative development and pitching strategies.

Some of her past clients include The Carter Center and Atlanta Interfaith Broadcasters. She brings her experience as a former Director of Corporate Public Relations with Savannah College of Art and Design. Previous to that role, she spent many years in journalism as a producer, writer, and assignment editor at CNN International, CNN Digital, CNN Image and Sound, and CNN Newsource. She has also taught as an Adjunct Professor of communications, language, and business for several universities, including Brenau University, Georgia State University, and Clayton State University.

In 2015, she won the CNN Worldwide Diversity Ovation Award for her commitment to inclusion in news coverage. Shelbayah is passionate about diversity, human uniqueness, and unraveling tough conversations and traditions. Additionally, she is dedicated to promoting stronger voices for underprivileged individuals, focusing on diversity, equity, and inclusion.

Slma holds a B.A. in Journalism with a minor in Sociology and an M.A. in Linguistics, focusing on cross-cultural linguistics of Spanish and Arabic, both degrees from Georgia State University. She was inducted and graduated from LEAD, Atlanta’s distinguished and highly selective leadership program for the class of 2018. She has also obtained a certificate from Oxford University, U.K., during which students were selected from 30 countries across the world to pursue a seminar on global media policy: technology and new themes in media regulations.

When you are a trailblazer, you have many trees to cut down. – Matshona Dhliwayo