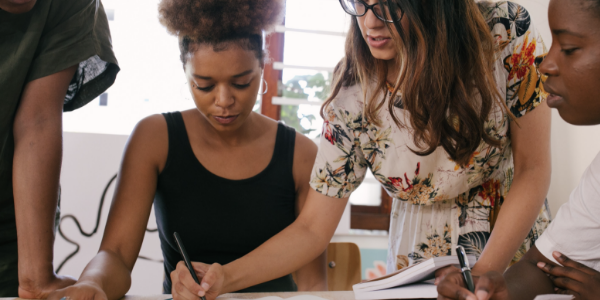 How Corporate America Must Commit to DEI

If 2020 has taught us anything about the United States, it’s that a large swath of Americans are at their wits end with racism. They are finally ready to move past this hostile elephant who’s always sat prominently in and dominated the room. To that end, one of the greatest culprits of ensuring the sustainability of racism as a part of this great nation’s very fabric is Corporate America, and in 2020 Corporate America was shell-shocked by a reckoning like nothing ever seen before.

Diversity, Equity, and Inclusion (DEI) initiatives are now featured on the home pages of many of the leading companies in the world. Those of us buried in this work are diligently working to ensure that this work is not just a moment in time but instead a long-lasting transformation of how business is conducted in America and beyond into that P&L role at 35 years.

Authentic DEI work is rooted in the fact that people from all racial, ethnic, and gender groups are not only capable of but often have a track record of delivering exceptional outcomes at many of the world’s largest organizations, but few have received their deserved recognition for their tremendous outcomes. I used the word “fact” quite intentionally because while transformation is afoot, we still live in a country where many high ranking corporate executives still believe that hiring Black senior leaders is a result of the company taking a “risk” and still uses the nomenclature of calling Black leaders “diversity hires.” (The term “diversity hires” is another article for another day that must be written after a stiff adult beverage.) In fact, a recent report by Korn Ferry provides quantitative data proving that Black P&L leaders are actually the highest performing leaders in the C-Suite but rarely are they granted access to C-Suite opportunities.

This false narrative of Black leaders being a “risk” is just that, an inaccurate claim rooted in bias, racism, and systemic oppression. Then there’s another false narrative of the talent pool of Black leaders being non-existent, and a CEO or two has been on record putting their foot in their mouths with this terribly inaccurate and false statement. LinkedIn’s founder famously coined the term ‘The Network Gap,’ which highlights that instead of assuming that the talent doesn’t exist, conduct a look inside of your own personal network to realize just how homogeneous it is and how it helps to foster this false belief.

An article published by the Washington Post revealed that 75% of White Americans have ZERO non-White friends and that the remaining 25% of White Americans have just a single Black friend. It’s easy to believe that talent doesn’t exist when you don’t ever interact with anyone who doesn’t look like you or share your lived experiences. So often, I hear from corporate leaders the need to make data-driven decisions, yet they consistently ignore the aforementioned data that exists right in front of them. And it’s empirically researched and published data.

Now that we’ve shown the receipts, let’s focus on the actions we will take in 2021 to challenge the status quo. Will you hire that Black Director who’s directly responsible for your company’s double-digit growth for the last decade but has been consistently overlooked for that SVP gig even though she’ll be jumping two or three levels? Will you hire that Black P&L leader from a Russell 2000 company to take on your Fortune 500 P&L leadership role? Will you sponsor your young Black star to become a C-Suite executive at just 38 years old and ensure that she’s supported to become a Henry Crown Fellow or WEF Young Global Leader like you did for the superstar White guy that you put into that P&L role at 35 years old?

Your answer will determine your commitment to making long-lasting transformational changes at organizations that lead our world. We need leaders to take action, not check off boxes.