The DEI in Action Series was initiated by Yardstick Management to highlight leaders of all different backgrounds that are elevating DEI awareness around the globe in their own unique ways across industries.

Long existing racial wealth disparities within America have inhibited Black-led solutions from building generational wealth and further promoting the imbalance of financial power within the community. In this session, we’re connecting with dedicated Black innovators to unpack the cause of this economic gap and identify bridges to spark change and invest in Black prosperity.​ 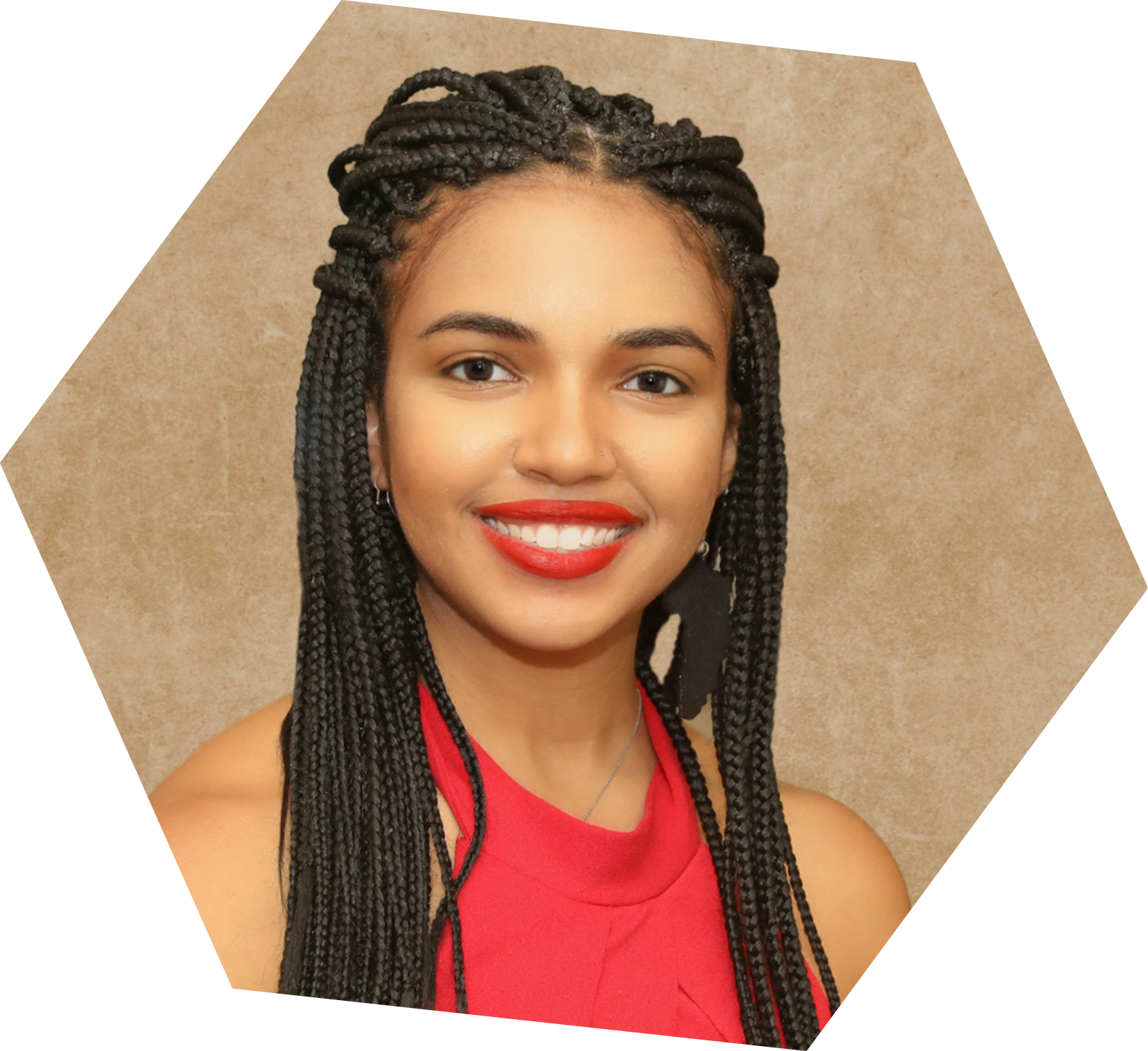 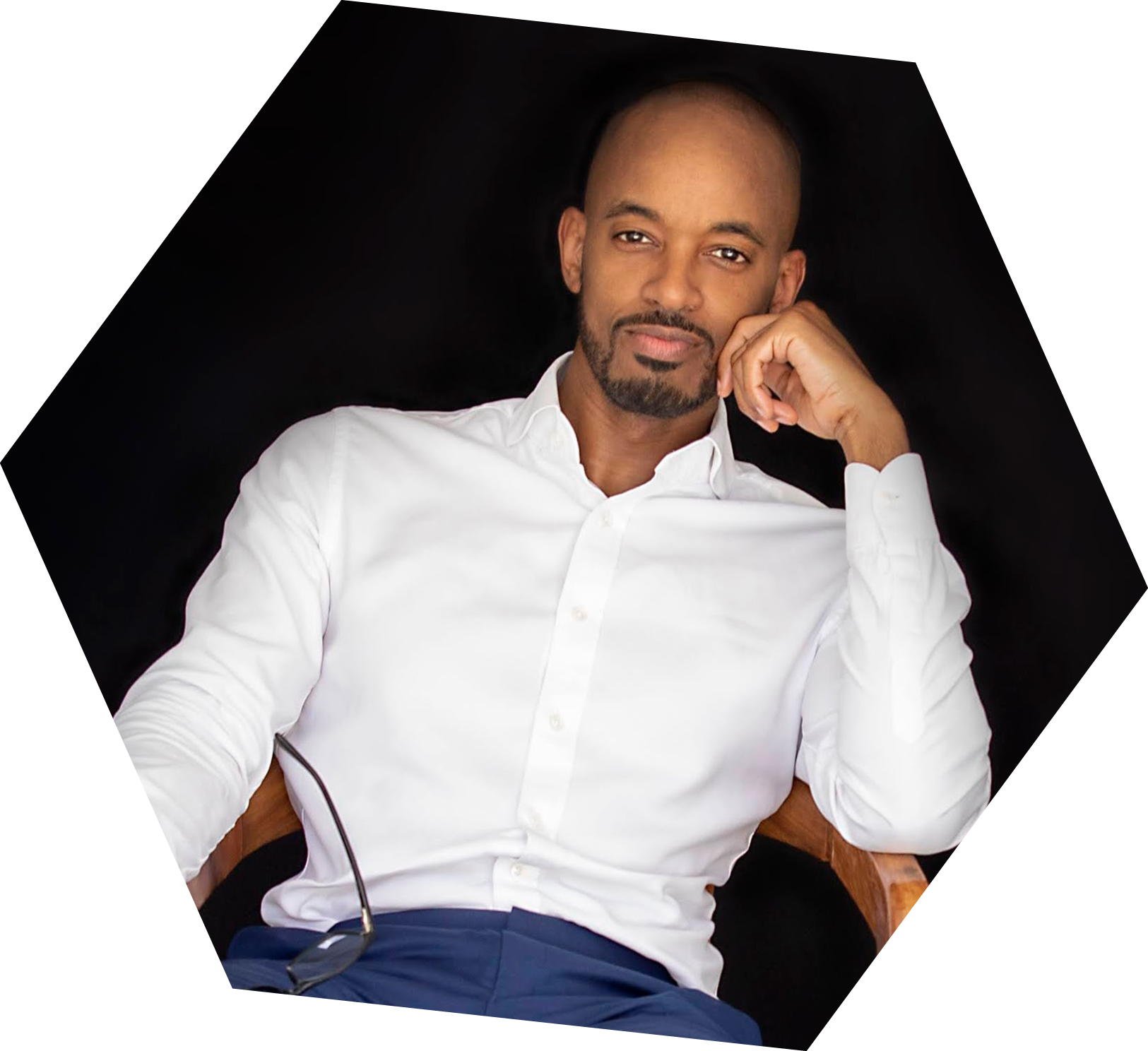 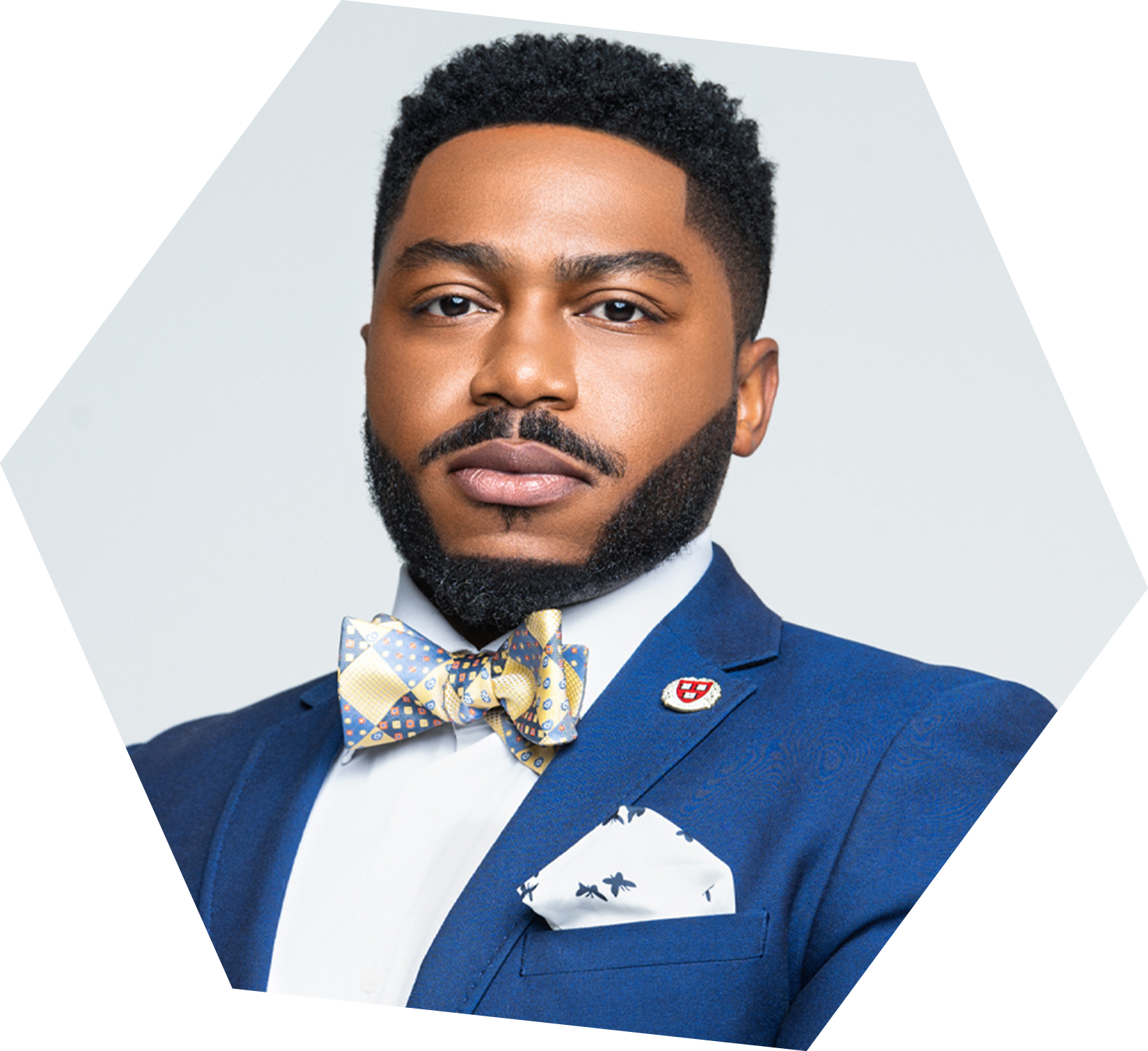 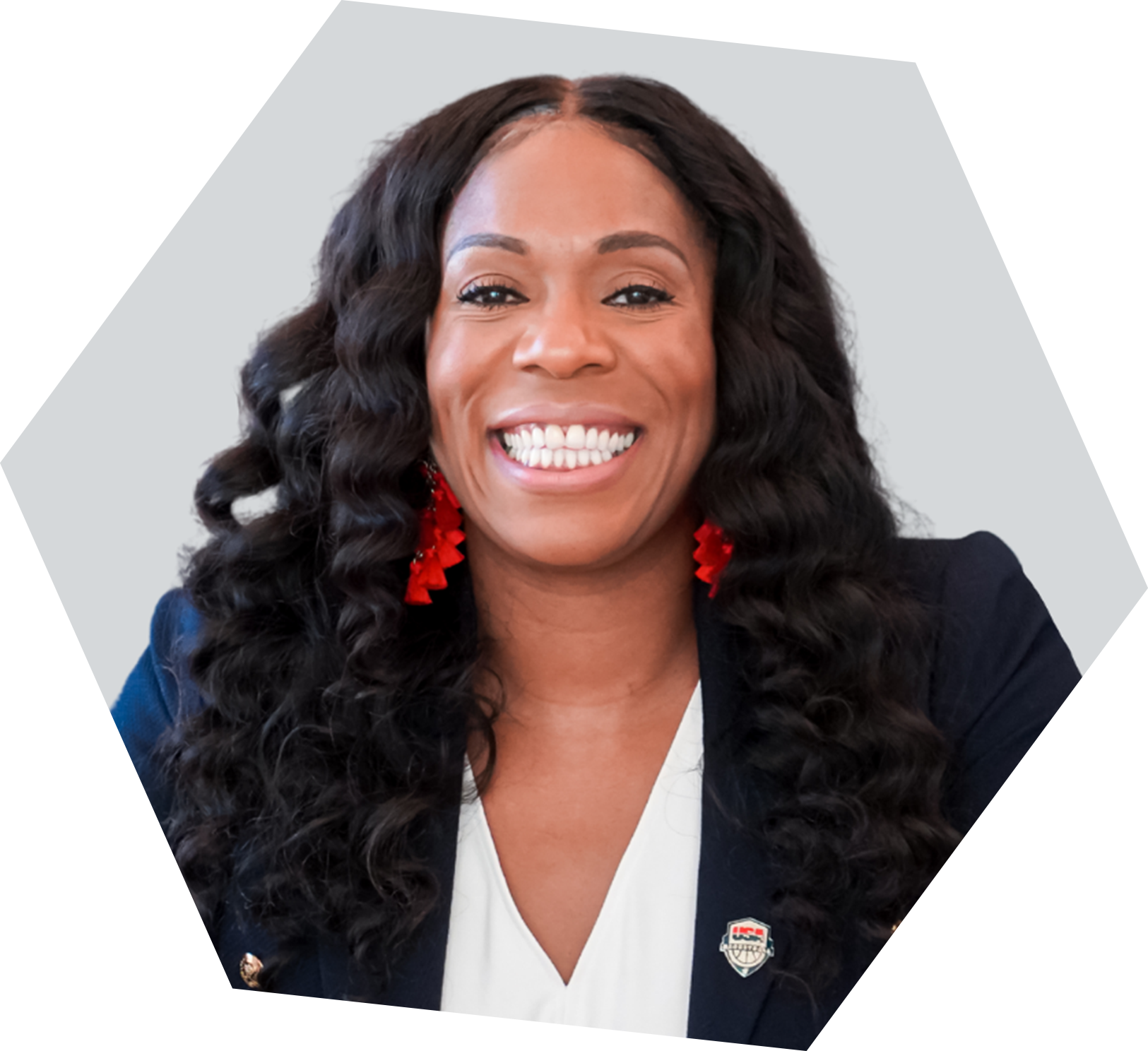 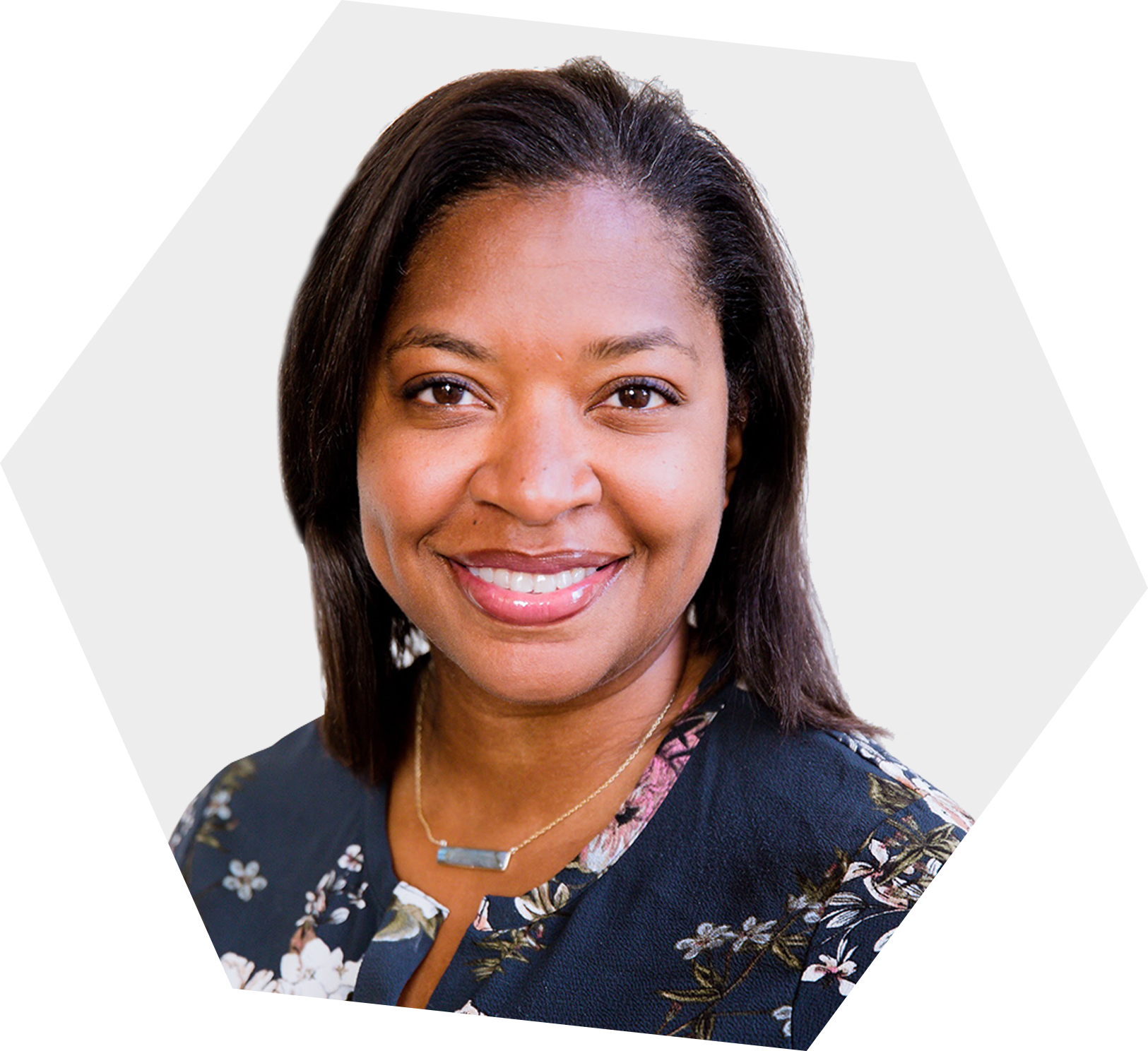 Briana “Bri” Franklin is a businesswoman, philanthropist, and student debt expert/thought leader with a passion for socioeconomic and holistic empowerment of Black girls and women.

Having taken on a financial burden that eventually ballooned to nearly $120K in student debt through her undergraduate studies at Dartmouth College, Bri developed an acute appreciation for the challenges many student debt holders experience, including diminished ability to establish financial independence, take advantage of personal freedoms, such as starting a family/home buying, launching business ventures as well as having creditworthiness.

In recognizing the extent to which other Black women in particular experience adversity at the hands of the $1.7T student debt crisis as well as lack of financial literacy, she formed The Prosp(a)rity Project as a solution for eradicating these systemic barriers.

Her work has been profiled in outlets such as Forbes, Buzzfeed, Authority Magazine and Thrive Global, attracted support from audiences worldwide and achieved numerous milestones.

Aaron Mitchell (pronouns: he/him/his) is the Director of Human Resources for Netflix Animation Studio. Aaron is an experienced business leader adept at connecting business with HR. Prior to this role, Aaron led various recruitment teams at Netflix. Before joining Netflix, he led Talent Management for MassMutual, and various roles at Citibank including Recruitment Leader for Citi’s APAC (Asia-Pacific) and EMEA (Europe, Middle-East and Africa) Consumer Bank. Aaron started his career as an HR intern at Independence Blue Cross. He was born in New Haven, CT and earned a Bachelor of Business Administration from Temple University and an MBA in General Management from Harvard Business School. He resides in Los Angeles, CA with his wife and two daughters.

Brandon P. Fleming is a nationally acclaimed Harvard educator and author of MISEDUCATED: A Memoir. His story of struggle, success, and service has inspired millions around the world. An at-risk youth and college dropout turned award-winning educator, Fleming is Assistant Debate Coach at Harvard University and Founder/CEO of the Harvard Diversity Project. Fleming was recruited to join the Harvard debate faculty at the age of 27. Harvard later approved Fleming’s proposal to establish a new department within the university system called the Harvard Diversity Project – an unprecedented pipeline program of the Harvard Debate Council. Fleming now leads an executive staff and board that has raised over a million dollars to enroll over 100 students of color into Harvard’s international summer debate residency on full scholarship.

Fleming recruits underserved youth with no prior debate experience who he then trains to compete against hundreds of elite debaters from over 25 different countries around the world. For four consecutive years, since the program’s inception in 2017, every cohort trained by Fleming has won the international competition. News of the achievement instantly went viral and broke national headlines, being featured on CNN, ESPN, Good Morning America, and many more. The organization has gained the financial backing of Fortune 100 companies such as The Coca-Cola Company, UPS, Chick-fil-A, and many more. Fleming has established a groundbreaking organization that is pipelining Black youth into Ivy League and elite colleges and universities. His students have now matriculated to Harvard, Yale, Stanford, and others alike on full scholarship.

Fleming’s story, erudition, and achievements have enabled him to use his voice to inspire and impact lives in places ranging from federal prisons to global platforms such as the United Nations General Assembly. At the age of 29, Forbes Magazine named Fleming to the Forbes 30 under 30 list. In 2020, The Root Magazine named Fleming one of the top 100 most influential African-Americans in the United States. And in May 2021, North Carolina Wesleyan College bestowed upon Fleming the honorary Doctor of Humanities degree.

Named on October 10, 2018, the director of intercollegiate athletics at Alabama State University, she previously served as Alabama State’s interim athletic director and deputy athletic director for the 2016-17 and 2017-18 academic years. During her time at ASU, the Hornets experienced tremendous success, with athletic teams winning 43 Southwestern Athletic Conference (SWAC) championships, three consecutive commissioner cups and two conference academic awards for the highest GPA under her leadership.

Williams spent four years (2012-16) at North Carolina A&T State University as the associate athletic director for development and executive director of the Aggie Athletic Foundation. While there, Williams oversaw all giving initiatives for athletics, while overseeing the athletics marketing department. She also was the liaison between IMG Sports Properties and the department of athletics. In 2014, the Aggie Athletic Foundation was recognized as a model booster organization by the Council for Advancement and Support of Education (CASE).

Williams also worked at DePaul University as the assistant director of development for athletics (2009-12) and worked in development and marketing for Women Leaders in College Sports (formerly the National Association of Collegiate Women Athletics Administrators).

Williams was named the 2018 Women Leaders in College Sports Division I (FCS) Administrator of the Year and was selected by her alma mater, North Carolina Central University, as a 40-under-40 Class of 2016 honoree, recognizing young NCCU alumni who have made significant contributions in the arts, entertainment, healthcare, sciences, education, law, business, entrepreneurship, philanthropy, public service or government.

A four-year letterman and two-year captain in women’s basketball at the University of North Carolina at Chapel Hill, Williams began her professional career as a reporter for the Tar Heel Sports Network and as a production assistant for Fox Sports South.

In 2018 Williams was appointed to the NCAA Division I Council, where she served on the Football Oversight Committee as part of her council duties; and was an executive committee member of the National Association of Athletic Development Directors (NAADD).

With extensive experience in the nonprofit sector and various aspects of financial services, Sherrie Deans is a strategic change agent whose strong communication and interpersonal skills have solidified her reputation as an expert organization builder and connector of productive relationships.

As the former Executive Director for the National Basketball Players Association (NBPA) Foundation, Sherrie led the philanthropic efforts of the Union and supported the individual efforts of the 450 NBA players that make up its membership. Under her leadership, the Foundation, with assets of $40 million, built a grant portfolio that stretched across the United States and 20 countries overseas. She launched a philanthropic certificate program specifically for NBA players at UCLA and serves on the Board of Governors at the Naismith Memorial Basketball Hall of Fame.

In May 2020, when COVID-19 upended the NBA’s 2019-2020 season, and the nation was grappling with the racial turmoil that was sparked by the killing of George Floyd, Sherrie was appointed COO of the NBPA to help navigate the Union through the pandemic and coordinate its efforts to resume the season while addressing the social justice issues of the time. What resulted was one of the most dynamic and socially integrated seasons in the history of sports. From “Black Lives Matter” on the court and social justice messages on player jerseys to “Get out the vote” efforts that led to 51 voting spots during primetime televised games and a 96% voter registration rate among the players, the response was unprecedented.

Before making the leap to nonprofit work, Sherrie began her career in the financial services sector, where she spent over a decade working at several of the world’s largest financial institutions. At AIG Consumer Finance, she was responsible for maximizing consumer sales and developing new distribution channels in ten countries throughout Asia, Latin America, and Eastern Europe. She has also held various senior management positions in Marketing, Strategies, and Operations at American Express and MBNA America.

Sherrie holds a B.A. in economics and political science from Columbia University. She currently lives in the Bronx with her husband and two sons.